We are currently editing over 996 articles since July 2009, and keeping them growing! 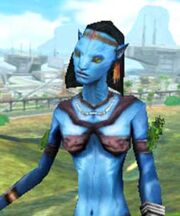 May 29, 2020
David Thewlis's interview with Total Film about his Na'vi role in Avatar 2 is previewed, with the full interview published in print and digital that day. Thewlis was previously confirmed to be playing the same character in Avatar 3-5.
May 24, 2020
Jon Landau, in an interview with RNZ, gives additional Avatar 2 story details about Jake and Neytiri's family. He also explains the measures the Avatar sequel crew is taking to safely continue live action filming during the coronavirus threat.[1]
May 21, 2020
Jon Landau confirms on Instagram that Avatar sequel filming would resume the following week.[2]
March 17, 2020
Filming on Avatar sequels in New Zealand is suspended due to coronavirus threat. [3]
December 18, 2019
In celebration of the 10th anniversary of the release of Avatar, a 24h stream is aired on Twitter with interviews of cast and crew. [4]
December 17, 2019
Simon Franglen is confirmed as composer for Avatar 2 and 3.[5] Franglen previously collaborated with the late James Horner on the first movie soundtrack.
November 29, 2019
The official Avatar Twitter announces the end of 2019 live action filming for the Avatar sequels. The tweet features a preview of the Sea Dragon, a mothership for sea-faring craft featured in the upcoming sequels.[6]
October 18, 2019
Avatar: Pandora Rising soft launches for Android and iOS in Canada, New Zealand, and the Philippines.[7]
October 10, 2019
A since removed Amazon listing reveals Avatar: The High Ground, a three volume graphic novel series that serves as a direct prequel to Avatar 2. The series is based off of James Cameron's original screenplay for the sequel before rewrites and is planned for release in 2020.[8][9]
August 26, 2019
The sixth and final issue of Avatar: Tsu'tey's Path is released in comic stores and on digital platforms.

Retrieved from "https://james-camerons-avatar.fandom.com/wiki/Avatar_Wiki?oldid=121619"
Community content is available under CC-BY-SA unless otherwise noted.