Totems (Na'vi name: Lo'a) are large structures that the Na'vi use for prayer. They come in many different shapes and forms, and are present in the lands of at least four clans.[1]

The Thanator Totem is a structure created by the Anurai Clan in order to pay respect to the power of the thanator.[2]

The creation of a totem is a balance-testing ritual that relies on the complete synchronicity of two or more clan mates. This harmony is something only true teamwork can provide. Bones are strategically stacked as a fellow clan mate maintains footing. It is impossible to build one alone. A single misstep can send the bones cascading with great force. The ritual exists in order to teach the importance of unity, trust and teamwork. It reminds the Anurai to react to each others' actions with empathy and purpose. With a spirit of togetherness, there is hope to champion all of life's dangers.

Unlike the hanging variations seen in other media, the thanator variation appears to be freestanding without any support from nearby trees.

These totems first appeared in the mobile game, as a place to pray to Eywa. They appear to be predominantly made of bones lashed together, along with feathers for decoration. One appeared in every level albeit for the flying ones. They served as the game's checkpoint system, and are present in Ni'awve lands.

These totems are made from branches and strips of hide and are used to represent a wide variety of meanings: as location markers, in spiritual rituals, to signify tribal accomplishments, to offer warnings to intruders, or even to convey the emotions and feelings of the tribe.[3] A number of totems are in evidence in various Tipani villages, including a number of variant designs. There is a sizable one on the outskirts of Vayaha Village.

Behind the Scenes[edit | edit source]

A cut scene from the first film would have featured the main characters discovering one on their first visit to the Pandoran jungle.[4] While this scene was removed, they went on to appear in several videogame adaptations. 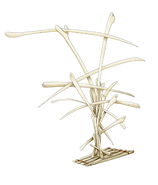 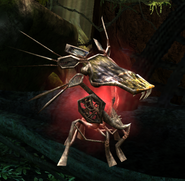 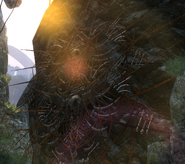 A totem in Hermit's Cove 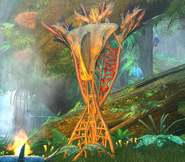 A Fan Totem, made by the Tipani Clan

Totem made by Ni'awve Clan in the Mobile Game

Forest Totem Concept
Add a photo to this gallery

Retrieved from "https://james-camerons-avatar.fandom.com/wiki/Totem?oldid=119550"
Community content is available under CC-BY-SA unless otherwise noted.