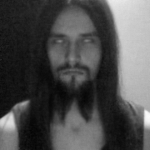 Glad to see im not the only one doing all those flora articles :D theres so much data in the game's pandorapedia which can be used.--Cadellin 16:23, March 29, 2010 (UTC)

Hey Killerz, I've noticed a bunch of repeats on the RDA vehicles gallery page. The rules for the galleries are "Only one person will work on one gallery. It will be hard to edit of two people are working on the same page, and there will be edit conflicts. Check below to see which ones are being worked on. You can choose what gallery you want to help with, or you can be assigned one by Draginfli. " I've been assigned to the RDA vehicles page and only I'm supposed to add to it. I always have my eye on the "New Images" page and don't require assistance. Thank you for your help but I'll take it from here. [TECTONIUM] 02:06, March 30, 2010 (UTC)

If you would like to be command of a Gallery, you can take up the Gallery: RDA Weapons Gallery, which is short and incomplete. Due to your experience with the AVATAR video game I think you could do a better job of maintaining it than I could. If you accept the offer please leave a message on my talk page before you do anything else and I will pass on the instructions and sort the privileges correctly.

Really sorry for my misunderstanding. >.< But if you want, would you like to make a gallery for the DS game? You can decline if you want to. If you're interested, click here >> User:Draginfli/Operation: Galleries. I can answer any questions you have, but I'll only be here for about 15 more minutes. =] =i= Draginfli the Luminescent =i= 21:54, March 31, 2010 (UTC)

I kind of noticed that after I submited the page, couldn't find any delete buttons, and was just about to notify you, of my mistake., Sorry for that, I try to be more carefuly next time KillerZ 23:02, March 31, 2010 (UTC)

I just wanted to take the time here to thankyou for all the work you have been doing. Been watching my feed move constantly with all the new content. Keep up the good work. JayBO Talk IRC Videos 23:10, March 31, 2010 (UTC)

Hi. I saw you making a redirect page by renaming an article. It's also possible to make redirects by using the following code on an empty page: #REDIRECT [[Article name]] --LuckyMan 19:01, April 6, 2010 (UTC)

Once again, great job on the pictures, it was about time some body got the game and archived the photos! Also, you should get a customized signature from Draginfli. (He...she...I don't know whatever) makes sigs for members of the wiki who help out a lot. [TECTONIUM] 19:36, April 6, 2010 (UTC)

Hi KillerZ, we were planning to do infoboxes for clans, but we don't have enough pictures for the clans that are in the game. Do you have pictures, or can upload pictures of the Li'ona Clan, the Anurai Clan, the Tawkami Clan, or the Tipani Clan? If you don't, it's ok, but if you have, could you please upload them? Thanks in advance, --((((Matias)))) ~ Talk IRC 22:05, April 26, 2010 (UTC)

Hey KillerZ. Is it possible to get all of the different Able Ryder versions? I think it would be nice to have them all displayed on the page. From what I know about the game you can change ethnicity as well as gender. [[TECTONIUM]] 18:54, May 6, 2010 (UTC)

You should always verify your sources. In this video someone flicks through the pages of the art book and I can only see the last of the three pictures (or so I think). Wouldn't be the first time that something is claimed to be official when it's actually made by fans. ;) Faern. 3D-HD-Pics 16:58, June 9, 2010 (UTC)

The following sentence from your recent edit does not make any sense: Since Ryan had a vision of possible future, the Ni'awve saw him as a chosen one. Since I don't know what it is supposed to tell, would you mind correcting it? Thanks. Faern. 3D-HD-Pics 14:00, April 7, 2013 (UTC)

It makes sense in my mind, so I don't know how to fix it. The sentence should convey a message that: the Ni'awve see him as the chosen one because of the vision Ryan saw about a possible future. Would it sound better if it would look something like that? (My English skills come from movies and games, so my grammar can be a bit wonky).--KillerZ (talk) 14:32, April 7, 2013 (UTC)

So, there was only the article a missing. It could have also been a missing plural -s, indicating a vision of multiple futures, or something completely different. Since I don't have the mobile game, I thought I better ask. Faern. 3D-HD-Pics 15:38, April 7, 2013 (UTC)

Good job on adding those locations we missed in Tantalus, Hanging Gardens etc. There always seems to be more information we missed in the videogames... --Cadellin (talk) 12:21, December 1, 2015 (UTC)

Hi KillerZ, thanks for going round handling old page names and so on. One thing I will mention is that if it is just capitalisation that is off for example, those pages are fine to remain as redirects to the correct article. Thanks,

Yeah I'm a bit ocd on things. Like the wanted pages list for example. there are lot of old links that were deleted but are connected to user accounts I would like to get rid of, but can't, because it's not allowed to edit other people's profiles. User:Yard for example.--KillerZ (talk) 11:46, April 6, 2016 (UTC)

Hey. I don't know if you remember me but I was, at one point going in after you when you made pages and correcting some grammer stuff. Just a quick question. How do you get into Hellfire Glade in blue lagoon. Can't figure it out? I am playing on PS3. Might it not be there since I am on ps3?

I used trainers when I found it, but it's doable without.

Teleport to Avatar Station then take the south-west road, but not to the end, stop at the suspicious wall, that has a curved branch infront of it. climb the left side mountain a bit, middle part is the right place, then angle yourself so that you'll be facing the line between a mountain and a ledge, and then used shift+jump, to get that higher arch jump. And that should be it.--KillerZ (talk) 09:32, April 27, 2016 (UTC)
I also recorded a video, if my description isn't good enough. https://www.youtube.com/watch?v=g9ugAJDgyPs --KillerZ (talk) 10:26, April 27, 2016 (UTC)

Ah okay. I will have to check it out again. Went once with my RDA guy but then though it might be easier with my Na'vi guy. Thanks. I realise that this is not really a discussion page for talk as far as I know, but have you played both sides in Avatar: The Game?

Ah, cool. I have had the game for about 4 years or so, played it alot and still like it quite a bit. Still remember when I first played it and I got lost and ended up being scared of dying and I ended up shooting the sturmbeest in the Irrigation Bypass in Blue Lagoon from the safety of a rock when I was a RDA soldier at the beginning of the game. Lol. Anyway, what did you mean by trainers?

Apologies, I only just now noticed the wiki's policy on that. There was inconsistency in page names, so I went with what I thought was best, I really do apologise. —MakeShift (talk · contribs) 13:08, May 1, 2017 (UTC)

Hello again! Want to ask: you edited the gallery with images of plants and gave the one of them name "Melon Tree". It's the official name, and if it's so, can you give me link to the site, where you find this? I really want to write a page about this plant... it's mentioned in the Pandora: The World of Avatar, you know... Thanks! Аннаэйра (talk) 03:00, July 29, 2019 (UTC)

and now for the Messaging. Again.Edit

see, this is the third or fourth message I've sent, looking for ANY active people. so far, at least as far as I can tell, I've gotten no responce. but, I'm going to be checking again, so yeah.

anyway, I assume you're informed on the topic of the various peoples and species of Pandora? would you mind walking me through subtle details and various other areas I may have missed?

as for why, simply put: I have a blog post for that. I've yet to complete it, but so far I've got a lot of progress. everything is explained on it, and I'm going to be updating it today. here's hoping you have some time for me.

Retrieved from "https://james-camerons-avatar.fandom.com/wiki/User_talk:KillerZ?oldid=121130"
Community content is available under CC-BY-SA unless otherwise noted.